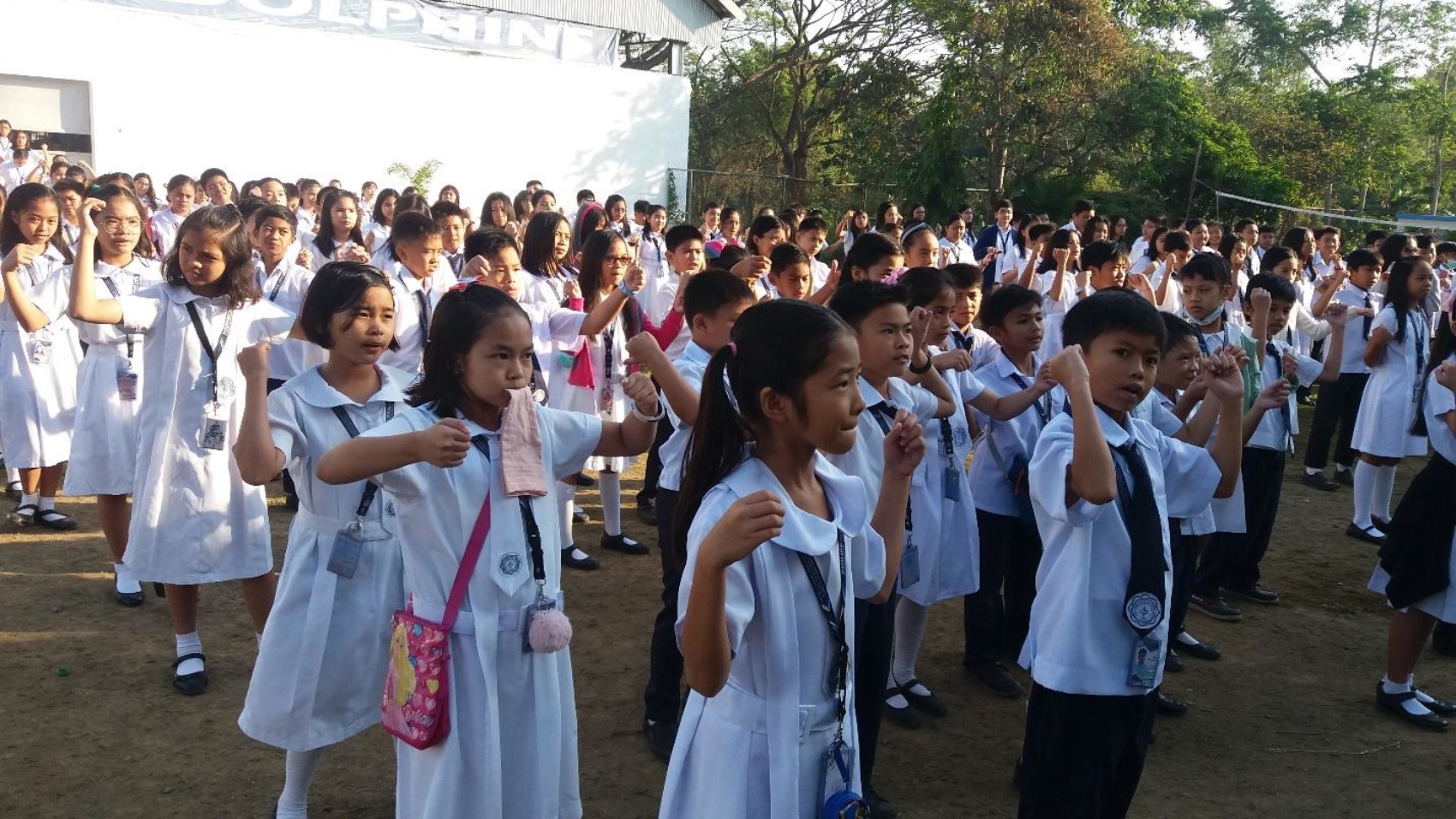 Elementary pupils of Philippine Christian University (PCU) – Dasmarinas Campus do calisthenics as a daily routine to help them maintain flexibility and ensure they will have the physical energy throughout the day. Isometric exercises have become a required activity for the students since the first part of the month to prepare themselves for the upcoming Sports Fest ’19 that will be held on March 18-21, 2019. The pupils perform the Wellness Dance as part of their morning routine. “It is always good to be fit, active and healthy,” said Mrs. Maricar Ramos, a teacher of Music, Arts Physical Education and Health (MAPEH). (Photo and text by Rosalina Sumagui) 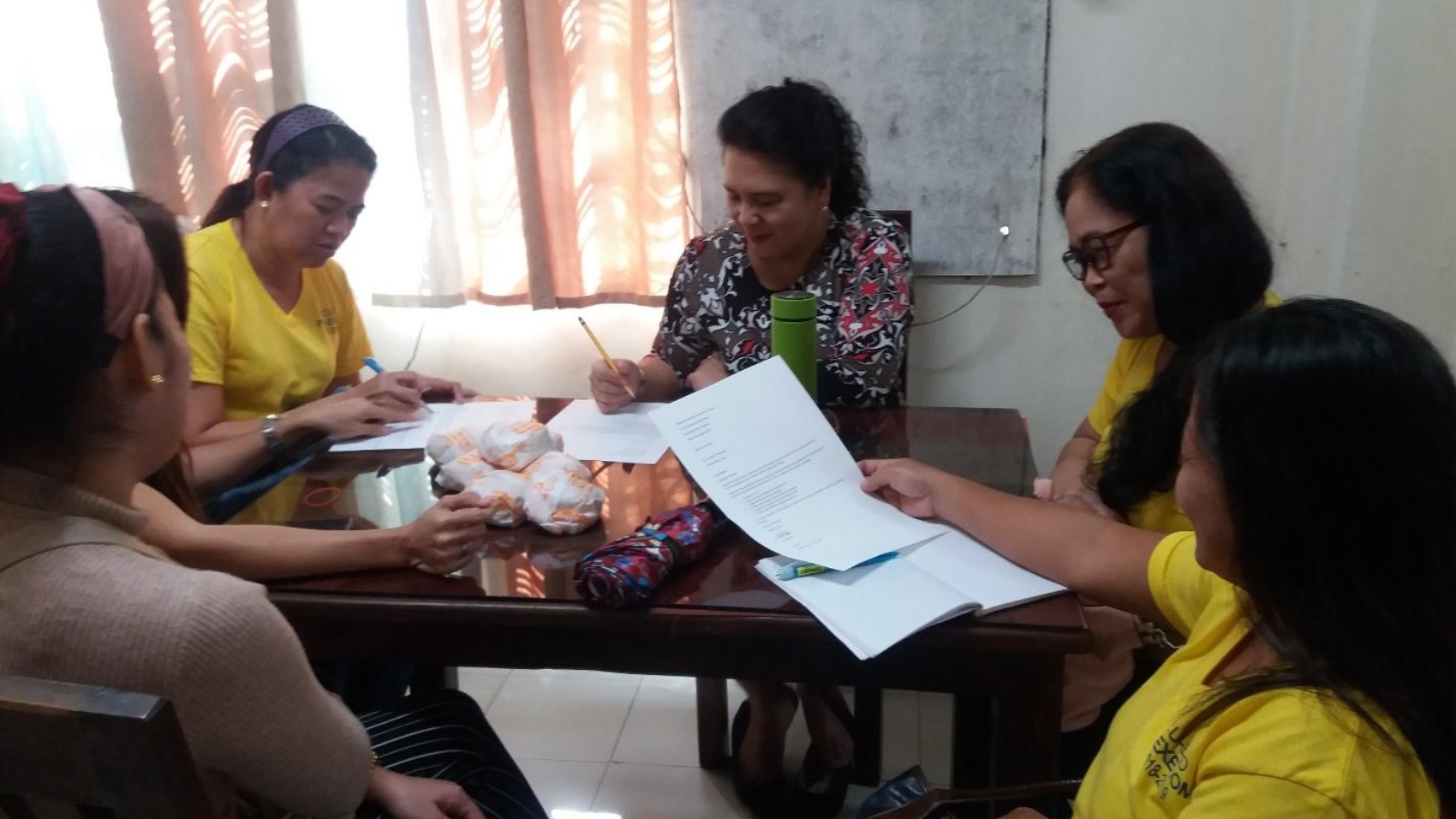 Believing that two or more heads are better than one, Elementary School Department (ESD) principal Dr. Lenalee C. Borromeo (center) and the officers of ESD’s Parents-Teachers Association (PTA) discuss and evaluate ideas in order to come up with exciting activities for the upcoming Family Day this month of March. The PTA is spearheading the event, which happens every year after Sports Fest when parents have a chance to bond together with their children and other families. Earlier this month, last March 8, the PTA also hosted the Friday Fitness Frenzy. “This event is a red-letter day for the family for in this day, they worship, pray, play, laugh, and eat together,” said Mrs. Victoria Ayala, president of the PTA. (Photo and text by Rosalina Sumagui) 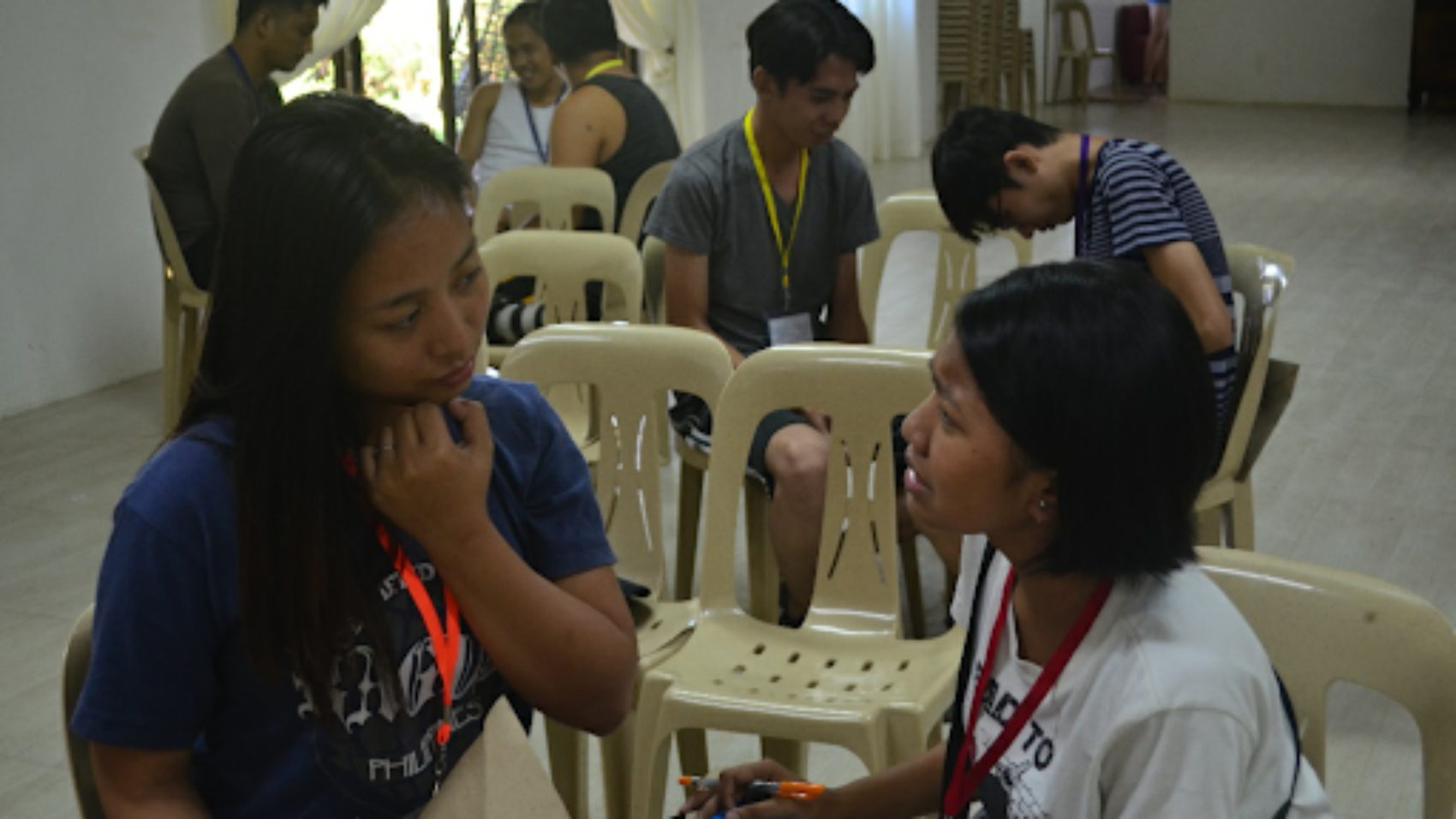 Participants of Leadership Training Seminar (LTS) share their thoughts to one another on how leaders should connect with people. Also among the 20 students of Philippine Christian University (PCU) – Dasmariñas Campus who attended the LTS were: information technology students Hershey T. Aquino, Mark Louie Camomot, and Notarte; AB students Mercader and Angelo Bautista; BA student and University Student Government (USG) president Paolo Capisonda; and education student Jay Magda. The seminar was held recently in Alta Rios, Indang, Cavite. “Leaders will always have connection issues that can undermine their leadership,” said Juan Diether Angelo B. Bautista. “What we do is to connect with God and trust in Him wholeheartedly. We can do anything through Him.” (Photos & text by Juan Diether Angelo B. Bautista) 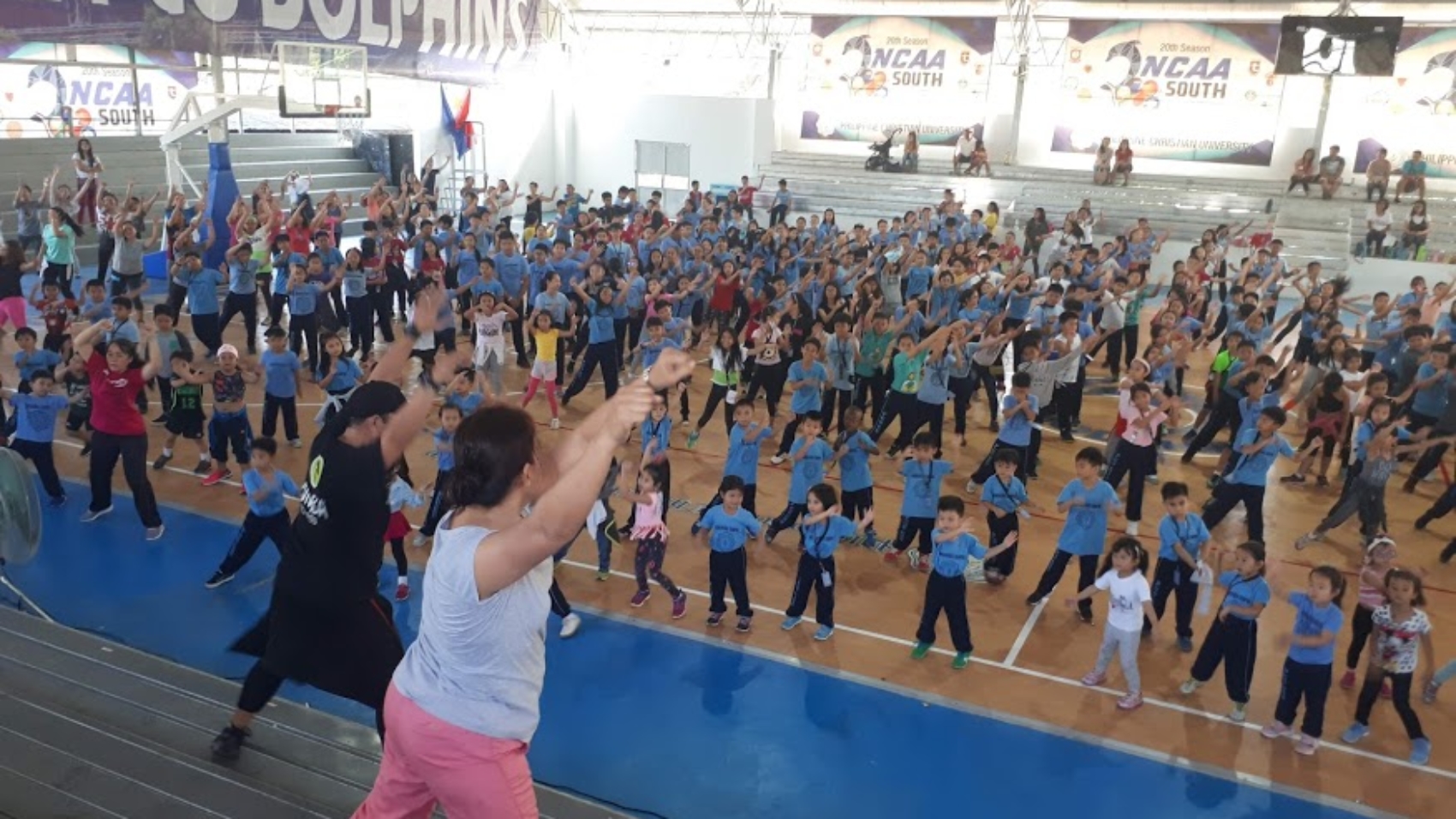 Mr. Arnold Cabalig, dance coach of the Philippine Christian University – Elementary School Department (PCU-ESD) together with Mrs. Melanie Mendoza, Club Moderator of the Elementary Dance Troupe, lead students, parents and teachers as they groove to the music during the Zumba session held on March 8, 2019, Friday, from 7:30 to 10 in the morning at the PCU gymnasium. This activity is intended for young members of the new generation as well as the young-at-heart to raise awareness on the importance of aerobics to stay fit and healthy. “Umpisa pa lang ‘to ! Hindi ng energy ng bata parents at ng PCU,” Mr. Cabalig said excitedly. (Photo and text by Mark Anthony Malunes) 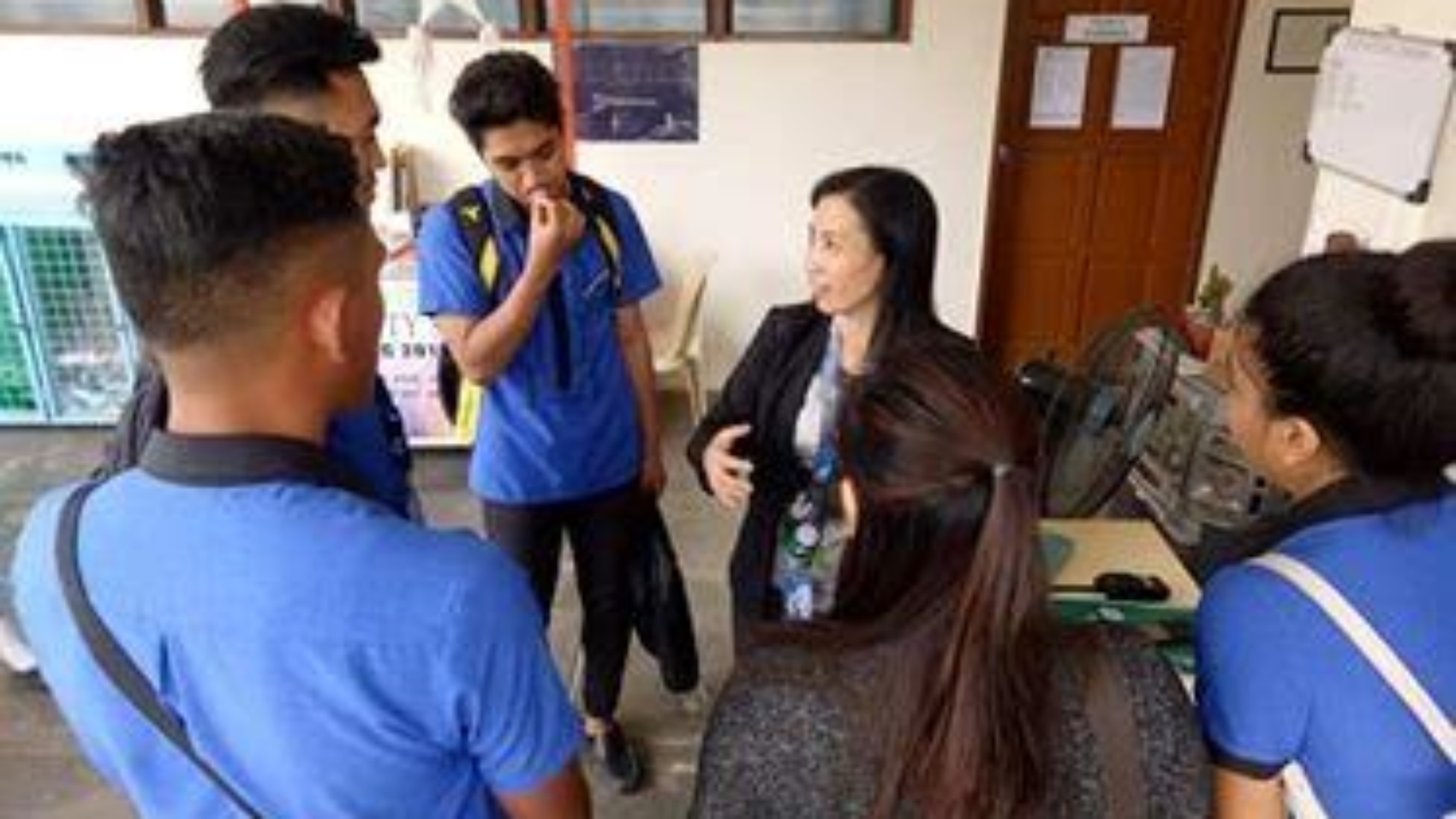 Junior High School teacher Leyah Babalcon briefs practice teachers belonging to the College of Education of the Philippine Christian University—Dasmariñas Campus (PCU-Dasma) before allowing them to observe an actual class for one hour. The soon-to-be teachers majoring in Music, Arts, Physical Education and Health (MAPEH) majors have been busy lately preparing for their practice teaching. “Learning takes place where teaching is,” said. “Teachers have to enjoy each day and take it as an opportunity to learn.” (Photo and Text by Gerald Armington) 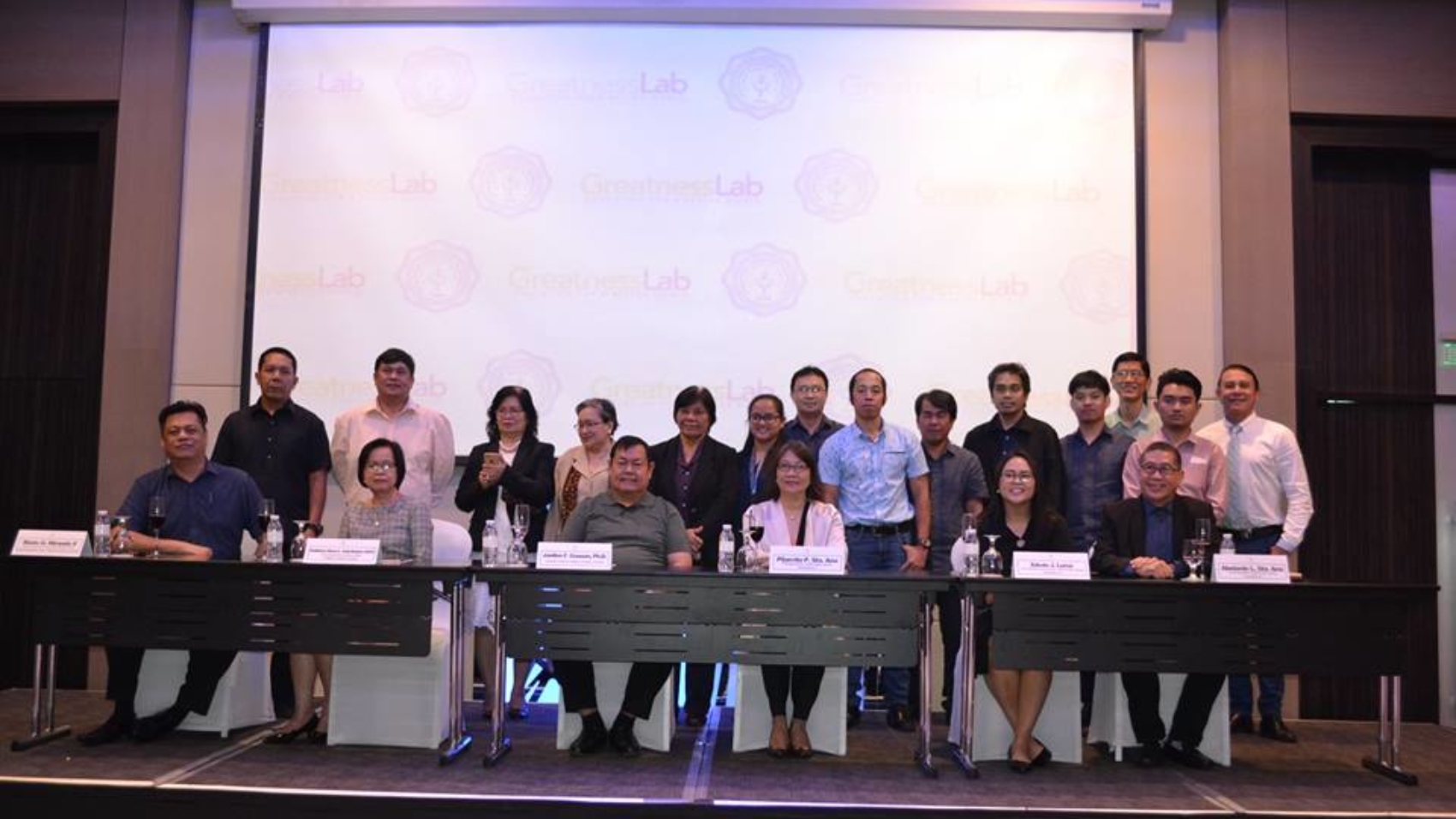 A significant part of the program that was held on February 7, 2019, was the reading of the Statement from the Principal by Ms. Arlynne Awayan, GreatnessLab Asia’s Director of Customer Success and Engagement, Cypher Learning. Not shown in the picture but among the signatories was Mr. Abelardo Sta. Ana.

The historic event was witnessed by the staff members of both Greatness Lab Asia and PCU, including the members of the ITD team. “This MOA will provide PCU with an E-Learning portal that any IT expert knows would leapfrog the University to the promising digital future,” according to Dir. Miranda. (Photo by Nep Cortez) 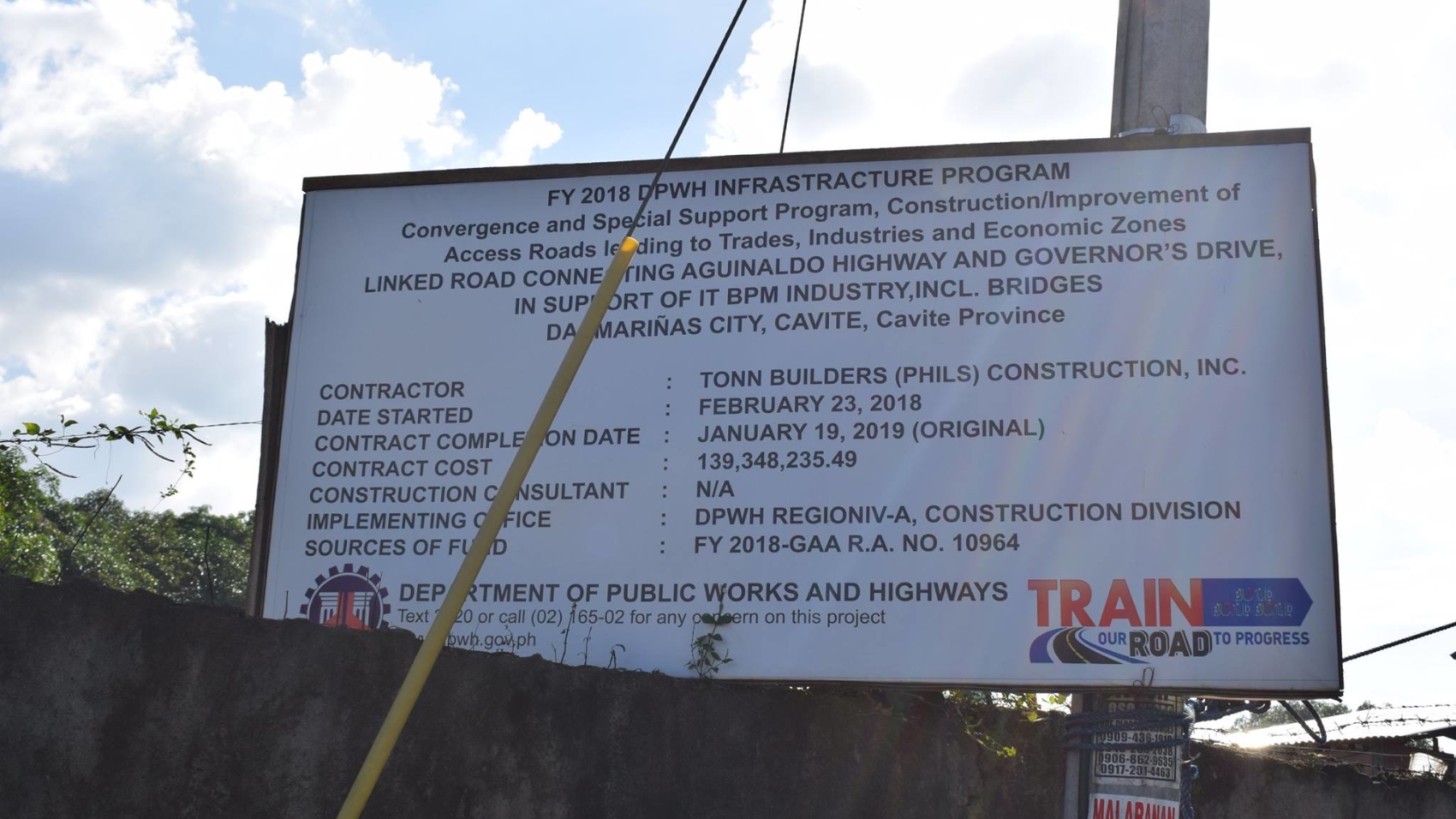 The construction of a new access road is underway. Very soon, Cavite’s Aguinaldo Highway will be linked to the Governor’s Drive, thanks to the P139-million road project that cuts across the more than 90-hectare property of the Philippine Christian University (PCU) and the Union Theological Seminary (UTS). The project includes the construction of bridges.

Definitely, its completion will be a joyous moment for commuters and motorists who have been complaining about the worsening traffic jams in the area. The new access road, the construction of which started in February 2018 and is expected to be finished in 2020, will cut short their travel time considerably.

The access road is just one of the several infrastructure projects the PCU is undergoing in consonance with the vision of the University president, Dr. Junifen Gauuan, of a progressive and academically excellent learning institution. The access road will not only benefit travelers but also the larger communities in the area since it will boost further the Information Technology-Business Process Management (IT-BPM) industry, a prospect that will transform the area into a bustling commercial and business hub. 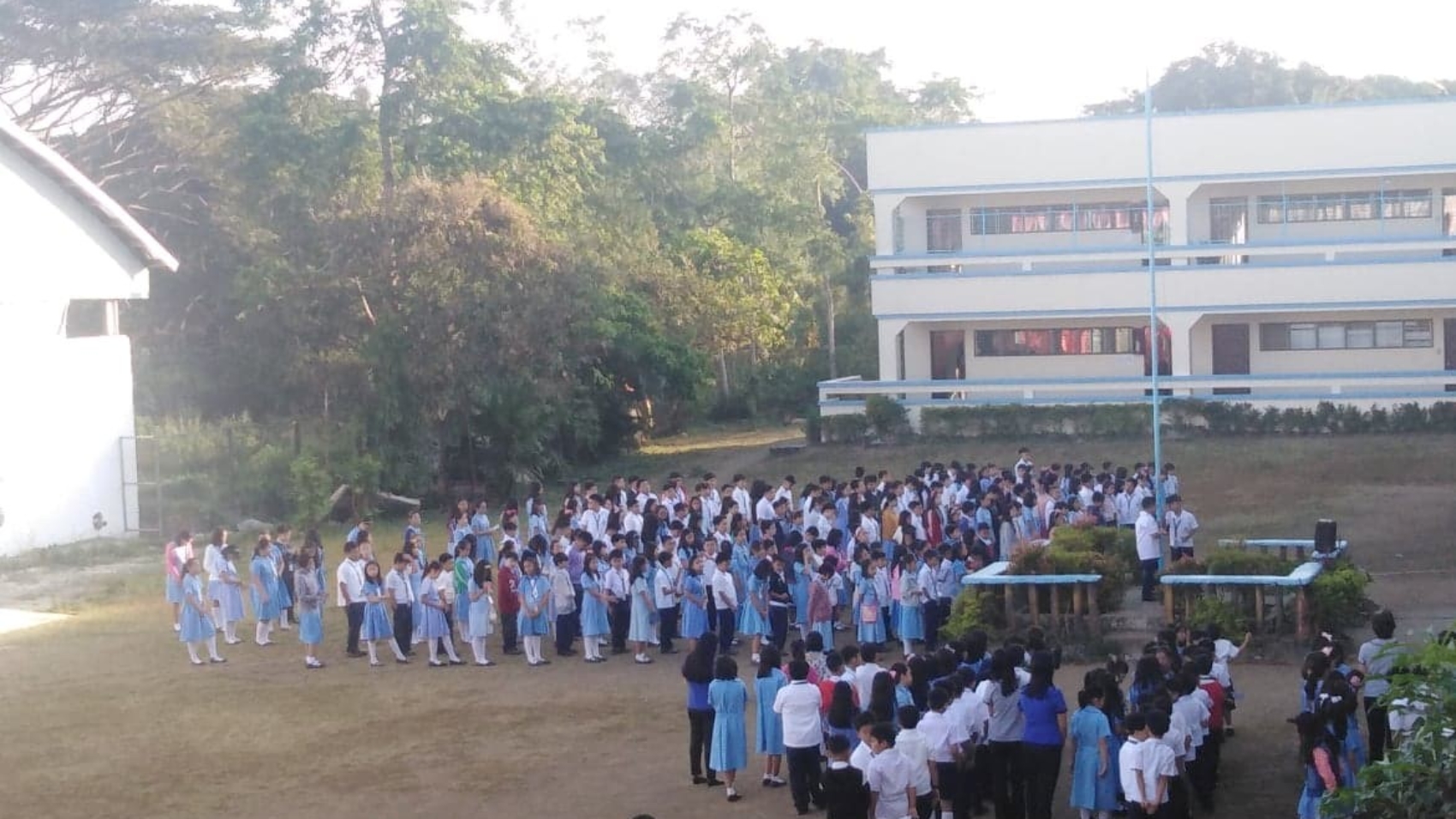 Students of the Elementary Department of the Philippine Christian University (PCU) gather at the grounds in front of the Elementary School Building for the flag-raising ceremony. The activity is held every morning to inculcate among the students from Grade 1 to Grade 6 the value of patriotism. “We want our students to develop love for the country,” said elementary teacher Mrs. Rosalina Sumagui. (Photo and text by Jahzeel Barredo) 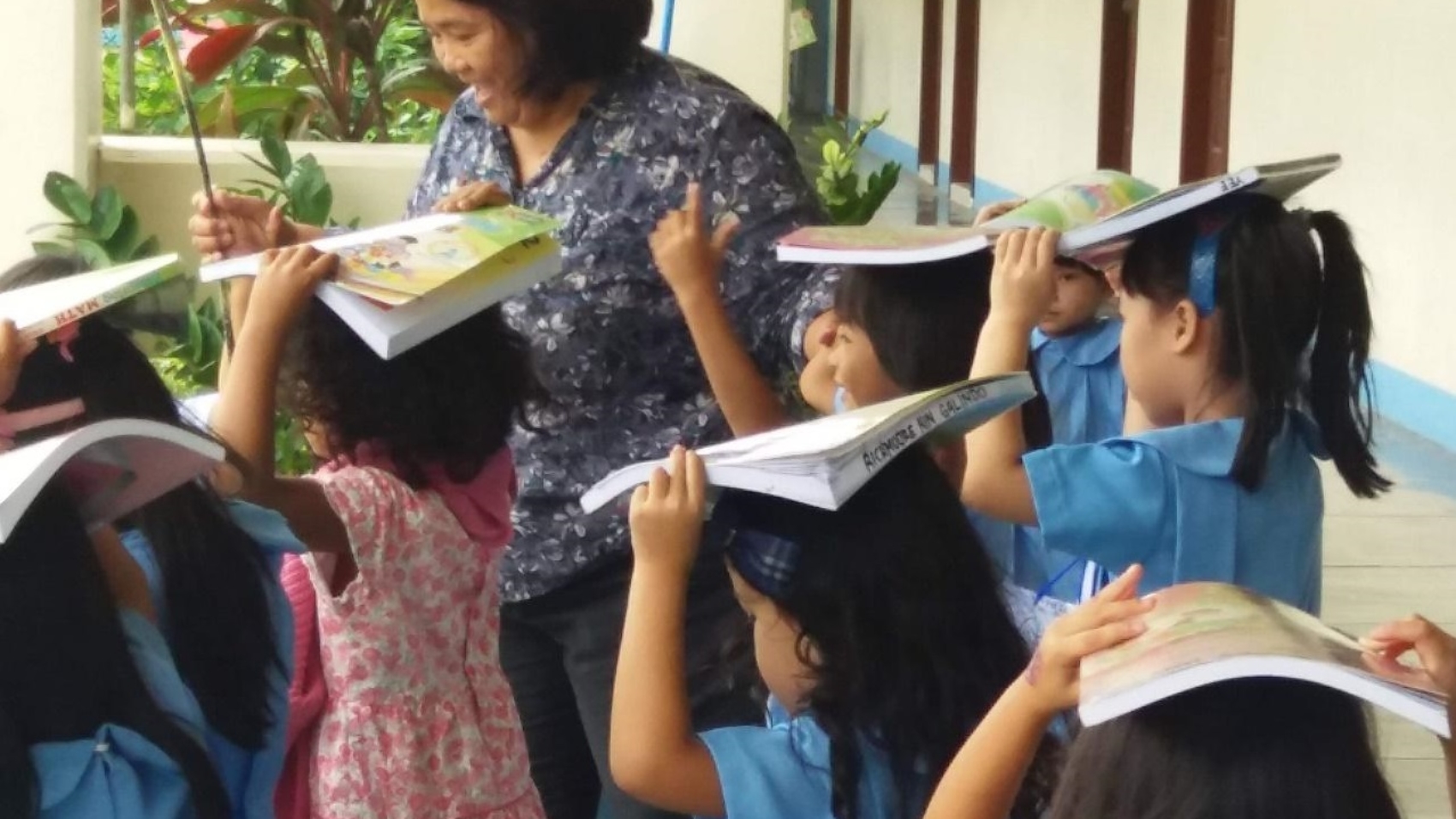 YO Kiddie Kollege teacher Ms Elizabeth Retuta assists kindergarten pupils go to an assigned safe place during a fire and earthquake drill held at the Elementary Department to prepare for the so-called “Big One.” Ms Retuta said: “We need to teach the kids what to do in case of an earthquake, fire or any disaster.” (Photo and text by Rosalina B. Sumagui) 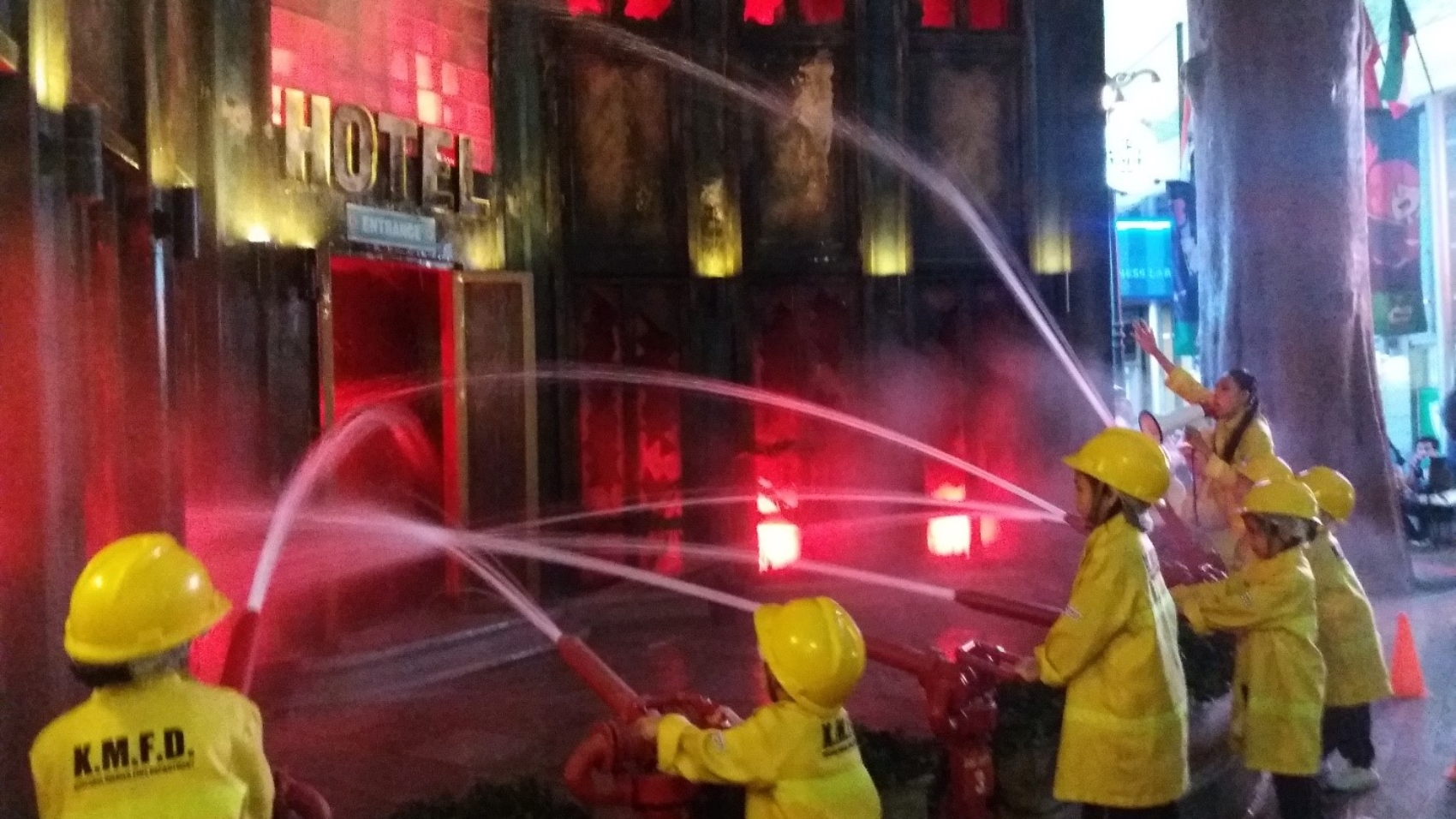 These primary pupils of the Philippine Christian University (PCU) – Dasmariñas Campus get to experience becoming brave firefighters heroically averting disaster that could affect a great number of people. The simulation exercise happened during the children’s visit to the Kidzania Manila last Feb. 20. This off-campus activity happens every year to let the pupils explore and learn outside of the school setting. “I am glad I joined this field trip because I learned a lot of things like the value of working hard, earning and saving money,” said Axcel Aguilar, a Grade VI pupil. (Photo and text by Rosalina B. Sumagui)